Understanding the Risks of Bath Salts (The Drug)

Understanding the Risks of Bath Salts (The Drug)

Bath salts, also known as synthetic cathinones, are man-made stimulants that produce very intense psychological and physical effects. According to the National Institute on Drug Abuse (NIDA), “Synthetic cathinones usually take the form of a white or brown crystal-like powder and are sold in small plastic or foil packages labeled ‘not for human consumption.’ They can be labeled as bath salts, plant food, jewelry cleaner, or phone screen cleaner.” Public health officials classify bath salts as a “new psychoactive substance” or NPS, meaning that this specific drug is unregulated, was designed to copy the effects of a known chemical substance (in this case, khat – a shrub grown in East Africa that produces mild stimulant effects), and has no legitimate medical use – is solely used recreationally. Over the course of the past several years, bath salts have gained popularity among teenagers and young adults as a readily accessible and affordable alternative to other illicit stimulant drugs (like cocaine and methamphetamine, for example). Many other chemical substances are being cut with bath salts in order to increase their potency and in turn increase their street value. This drug can be used in a variety of ways – it can be swallowed (used orally), snorted (used nasally), smoked or injected (used intravenously). NIDA also described synthetic cathinones as being similar to cocaine, but roughly 10 times more potent.

The Risk of Violence

When it comes to bath salt use, there are a wide range of serious risks involved. There is absolutely no way to safely take a synthetic cathinone seeing as the results vary so significantly and are so harshly unpredictable. In recent years, bath salts have consistently made headlines as a result of their unpredictable nature and the severe psychological effect they have on users. One of the most famous cases of bath salt-related violence is linked to Miami-based homeless man Rudy Eugene, who allegedly chewed off the face of another man while high on the drug. According to CBS News, “Armando Aguilar, the president of Miami’s Fraternal Order of Police, speculated that Eugene’s bizarre, violent behavior may have been the result of taking this relatively new kind of drug, which Aguilar said law enforcement is seeing more of. The Miami Police Department would not officially comment on whether ‘bath salts; might be involved in the case, but did confirm that Eugene, who was reportedly shot by police, will undergo an autopsy.” This is just one example of many violent outbursts that were later linked to synthetic cathinone use.

Because this synthetic drug is so intense and effects take hold so quickly, even one-time use can result in a wide range of serious and lasting consequences.

Risks involved in synthetic cathinone use include:

Synthetic cathinones are addictive. An article titled, “Bath Salts: Side Effects, Ingredients & Symptoms of Addiction” explains that extensive animal research has pointed towards how severely habit forming this drug is despite its relative newness and lack of human-related research.

Bath salt withdrawal can be severe if not adequately treated in a medically monitored detox facility. 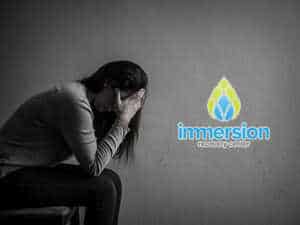 Symptoms associated with bath salt withdrawal can be life threatening when not constantly overseen by an experienced team of medical professionals. For this reason, any individual who has been actively abusing synthetic cathinones for any length of time should be admitted to a medical detox facility immediately.

At Immersion Recovery Center we have carefully developed a simple and straightforward admissions process geared towards eliminating the stress that often goes hand in hand with finding the right treatment program. We understand that committing to a long-term program of clinical care can be overwhelming in and of itself. For this reason, from the moment you decide to give us a call we set to work developing a straightforward and stress-free plan for your intake. We conduct a brief pre-assessment over the phone, which helps us determine whether or not our inpatient treatment program is the best fit for your unique needs. When it is determined that our program of recovery is an ideal match, we run a free, no obligation insurance benefit check to see how much of your treatment experience is covered. Immersion Recovery Center works closely with most major regional and national health insurance providers, seeing as we believe that quality clinical care should be readily available to anyone who has been living with a life-threatening bath salt addiction. Once coverage is determined we set to work developing travel plans and setting a date and a time for intake. Our main priority is making the entire admissions process as uncomplicated and undemanding as possible for you and your loved ones.

When it comes to bath salt addiction and the long list of potential risks involved in repeated use, it is absolutely essential that professional treatment is sought as soon as possible. While the psychological implications of bath salt addiction can be difficult to overcome, we truly believe that recovery is possible for everyone – no matter what their current state. Immersion Recovery Center offers men and women of all ages the opportunity to heal from synthetic drug addiction in a safe, supportive and structured environment. Our multi-phased approach to recovery is both unique and effective. For more information on our comprehensive and individualized program of addiction recovery or to get started on your personal journey of addiction recovery, simply give us a call today 24/7. We are standing by to help you in any way that we can.