The initial step on every journey of addiction recovery is admission to a medically assisted detoxification center. Those who have been abusing drugs or alcohol for any period of time almost always undergo some degree of withdrawal upon abrupt cessation of use. More often than not, the symptoms of withdrawal will lead a person back to substance use before the detoxification process is over. This is part of the reason why entering into an inpatient detox program is so important. At Immersion Recovery Center we provide a comprehensive detox program; one that focuses on more than a safe, pain-free drug and alcohol withdrawal. In addition to providing around the clock medical care, we actively prepare our clients for the next appropriate stage of their personal recovery journeys. During Tramadol detox, we conduct an individualized, in-depth evaluation, which helps us determine the length of our clients stay, what kind of medical intervention is necessary, and the next step for each client once they become physically stabilized.

If you or someone you love has been suffering from a Tramadol use disorder, detox is an important initial step, and we are available to help. At Immersion Recovery Center we effectively treat the physical and psychological symptoms associated with Tramadol withdrawal, making the entire detox process as comfortable as possible from start to finish. We utilize a combination of evidence-based medications, therapeutic practices and holistic treatment methods to provide the most integrated and effective care available. To learn more about our program of Tramadol detox or to learn more about our multi-staged addiction treatment program as a whole, contact us today.

Tramadol is a commonly prescribed medication most frequently used for the treatment of moderate to severe pain. Because it is habit forming and has a particularly high potential for misuse, Tramadol is typically only prescribed to be taken short-term, in the case of an invasive surgical procedure or after a serious injury. Tramadol typically comes in the form of a tablet which is taken orally. However, the medication can also be administered in liquid form, or as an intravenous injection — though Tramadol is only injected in a hospital setting. The opioid analgesic medication has several brand name variations, including Ultram, Ultram ER, Invodol, Larapam, Mabron, Maneo, Marol, Maxitram and Conzip, among others.

The medication begins to work within 30 minutes, binding with opioid receptors in the brain and interfering with pain signals. Because the half-life of the medication is fairly short, withdrawal symptoms set in quickly – within several hours after the final dose. If a person has been taking Tramadol for a prolonged period of time or if they have been taking the medication in higher doses than recommended, they will develop a tolerance. Once a tolerance builds, symptoms of withdrawal will develop once use is stopped abruptly. Contact Immersion Recovery Center today to learn more.

Rates of Tramadol misuse throughout the U.S. have been on the rise, mostly due to high prescription rates. According to one study which collected data from the National Survey on Drug Use and Health between the years 2002 and 2017, roughly 4 percent of all Americans who had been prescribed the medication for a legitimate medical condition went on to develop a Tramadol use disorder. The study reads, “Starting in 2015, NSDUH collected data on reported past-year misuse among individuals reporting past-year use of oral tramadol, morphine, oxycodone, and hydrocodone. An estimated 1.6 to 1.8 million Americans reported any (alone or in combination) past-year misuse of oral tramadol, versus 0.5 to 0.7 million for morphine, 3.8 to 4.3 million for oxycodone, 6.2 to 7.1 million for hydrocodone during the 3-year period.”

While rates of Tramadol misuse are lower than rates of oxycodone and hydrocodone misuse, opioid misuse and dependence as a whole still affects millions of Americans on an annual basis. If you or someone you love has been misusing Tramadol or any other prescription painkiller, Immersion Recovery Center is available to help. Contact us today for more information.

Our Drug & Alcohol detoxification experience is second to none.

If you believe you or someone you love has been suffering from a diagnosable Tramadol use disorder, there are several signs and symptoms to keep an eye out for. The Diagnostic and Statistical Manual of Mental Disorders, Fifth Edition (DSM-V) outlines a list of diagnostic criteria used to identify the presence of a Tramadol use disorder. If you answer “yes” to two or more of the following questions, seeking professional help from a medical detox center is likely a good idea.

There are both physical and psychological symptoms associated with Tramadol withdrawal. The severity and duration of the symptoms will vary on a person-to-person basis, but most people can expect the same general symptoms.

The Physical Symptoms of Tramadol Withdrawal

The most common physical symptoms of Tramadol withdrawal include:

The Psychological Symptoms of Tramadol Withdrawal

The most common psychological symptoms of Tramadol withdrawal include: 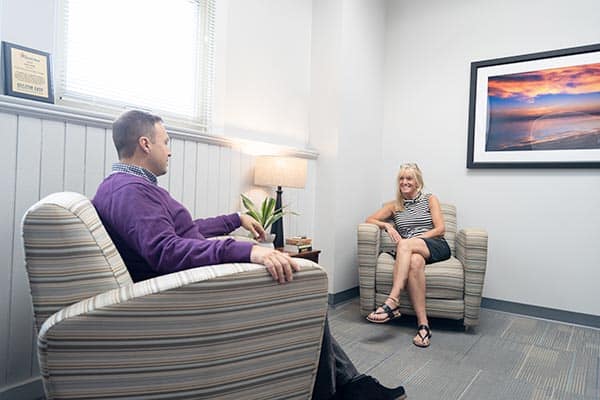 Many people who misuse prescription painkillers mistakenly believe they can detox on their own, in a home setting. While the physical symptoms associated with opioid detox are rarely life-threatening, the drug cravings associated with Tramadol withdrawal often lead a person back to use before the detox process has come to an end. In an inpatient detox center, you or your loved one will have access to around-the-clock medical supervision and therapeutic care. Cravings associated with opioid withdrawal might be treated with an FDA-approved medication if they are particularly severe and disruptive. Physical symptoms will be treated with bedrest, nutritious food and non-narcotic pain medications and sleep aids. The psychological symptoms of withdrawal will be treated with individual, group and family therapy, as well as dual diagnosis treatment options whenever necessary. In the case of Tramadol withdrawal, medical detox is almost always a necessary first step on every individualized treatment journey.

The best treatment options for your unique case depend on several factors, including:

In most cases, the symptoms associated with Tramadol withdrawal can be effectively treated with a combination of rest, relaxation, over-the-counter pain relievers, non-addictive sleep aids and behavioral therapy. However, if a person has a history of seizures or another major medical condition, additional medications might become necessary.

The most common medications used for Tramadol withdrawal are sleep aids and over-the-counter pain relievers like acetaminophen or ibuprofen. However, the following medications might also be used to help alleviate more severe physical symptoms and reduce overwhelming drug cravings:

The questions we ask during the initial assessment help our clinical and medical team determine which detox methods are the most appropriate for each unique case. Next, we focus our attention on physical stabilization. Clients are able to relax in their private or semi-private bedrooms, and they have the opportunity to participate in group workshops and behavioral therapy sessions if they are feeling up to doing so. The physical and psychological symptoms of Tramadol withdrawal are treated as soon as they develop, seeing as our team of licensed medical professionals are available 24-hours a day. Our main priority is making the Tramadol detox process as comfortable as possible. Once physical stabilization has been achieved, clients make a smooth transition into the next appropriate level of clinical care. In most cases, this means transitioning into a residential inpatient treatment center.

At Immersion Recovery Center we offer a multi-staged program of recovery, which includes:

Long-term Tramadol addiction recovery is always possible. With an individualized and effective treatment program in place, even the most severe cases of Tramadol addiction can be overcome. Contact us today to learn more or to get started with our simple and straightforward admissions process.