How to Make a New Year’s Resolution to Quit Oxycodone

How to Make a New Year’s Resolution to Quit Oxycodone

The new year is finally here – we made it. As we look forward to the coming year with a sense of reluctant anticipation, many of us probably feel too mentally and emotionally exhausted to even consider jotting down a list of New Year’s resolutions. We have been completely drained by the last year, and even just making it this far seems like a feat enough for now. However, some of us have looming issues that may have gotten a bit more severe or disruptive during the global pandemic and nationwide lockdowns. Rates of substance abuse rose dramatically during the past several months as many Americans turned to alcohol and drugs as a means of self-medication (or as a way to fend off boredom). Some turned to drinking excessively after losing their jobs to the pandemic – others began popping pills as a way to cope with the intense anxiety that goes hand-in-hand with having no idea what comes next.

Rates of painkiller abuse rose significantly during this time. Many men and women who had existing painkiller addictions upped the ante, and many who were prescribed a medication that was left unused in the medicine cabinet decided, “Why the heck not? What else is there to do?” It has been an extremely difficult time for many – and unfortunately, not everyone is equipped with the healthy coping mechanisms necessary to make it through the pandemic unscathed.

If you fall into this category, you might be considering making a New Year’s resolution to quit prescription painkillers – oxycodone, more specifically. The truth is, now is as good a time as any to commit to recovery – in fact, it is a great time. The pandemic rages on, but recovery-related resources are more readily available than they ever have been (in response to increased rates of substance abuse). If you want to make a New Year’s resolution to quit oxycodone, go for it – but keep in mind the fact that you can not accomplish this goal without some level of help. 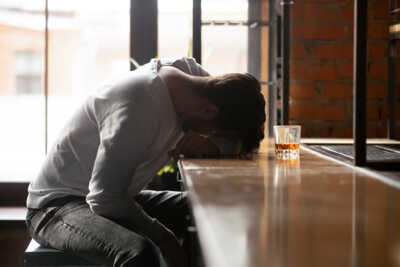 Making a Resolution to Quit Oxycodone

If you are making a New Year’s resolution as monumental as quitting oxycodone, you will need to do much more than write your intention down on your list and wait for the miracle to happen. You need to take action – and you need to take action quickly. Otherwise, you are liable to lose motivation and convince yourself that your problem really isn’t “that bad” and that you’ll check into rehab if things get worse (spoiler alert, they will get worse). Rather than wait around idly, take the following steps to ensure that you are going to meet your personal, recovery-related goals in the year ahead.

Our Oxycodone Treatment Services Include

Oxycodone is a potent prescription opioid, most commonly used to treat moderate or severe pain. Because this specific medication has such a high potential for abuse, it is generally only prescribed to be taken short-term – for several weeks, at most. Both oxycodone extended-release capsules and extended-release tablets are prescribed to patients who have had little success with less potent painkillers, and who require pain relief around-the-clock. It is important to note that even when this medication is taken exactly as prescribed by a medical professional, it can still lead to physical and psychological dependence. Over the course of the past two decades, rates of oxycodone abuse and addiction have been on the rise throughout the US. According to the American Society of Addiction Medicine, of the 20.5 million Americans over the age of 12 who suffered from a diagnosed substance abuse disorder in the year 2015, over 2 million suffered from prescription painkiller addiction. Opioid addiction has been – and is currently – leading the national drug overdose epidemic. During the same year, there were a total of 52,404 lethal drug-related overdoses throughout the country – of these overdoses, 20,101 were directly linked to prescription opioids like oxycodone. In 2012 there were over 259 million opioid painkiller prescriptions written throughout the country. This is more than enough to allot every American citizen their own bottle of painkillers.

Ready To Begin Your Oxycodone Treatment?

Oxycodone addiction can quickly become devastating. If you or someone you love has been battling a prescription painkiller addiction for any length of time, you understand this devastation firsthand. The good news is that recovery is always possible, and if you or your loved one is ready to commit to a long-term program of oxycodone addiction recovery, Immersion Recovery Center is here to help.

Committing to a Program of Recovery

Committing to a program of addiction recovery is about much more than committing to long-term sobriety – it is about committing to a lifetime of continued self-improvement. Immersion Recovery Center teaches each client how to make this commitment – and how to successfully stand by it. We offer a comprehensive program of oxycodone addiction recovery quite unlike any other. Not only do we focus on the physical, mental and emotional healing of each individual client, we immerse each client in a journey of spiritual healing rooted in the 12 steps of Alcoholics Anonymous. This combination of intensive psychotherapy, 12 step immersion and proven holistic methodologies provides the most integrated care available in the area. For more information or to begin your own personal journey of healing in the new year, contact us today.