How to Make A New Years Resolution to Quit Heroin

How to Make A New Years Resolution to Quit Heroin

Jotting down a list of New Year’s resolutions is a long-standing tradition – one that most of us decidedly honor in one way or another. Some of us list out the specific goals we would like to accomplish: lose 5 pounds by March, stay in better touch with the grandparents, eat more vegetables, quit smoking cigarettes. Some of us just contemplate ways in which we can improve our lives, and commit to self-betterment in general without laying out a detailed plan of action. Whatever the case may be, the New Year often revolves around self-improvement and a commitment to positive change.

If you have been suffering at the hands of a heroin abuse disorder, you might be making addiction recovery your number one – and only – priority this coming year. If so, you might be wondering how to make a New Year’s resolution to quit heroin. Surely it isn’t as simple as writing “Quit heroin” on a piece of notebook paper and waiting around for the miracle to happen. Of course it isn’t. If you truly want to quit long-term, you will need to commit to a program of addiction recovery. When it comes to heroin abuse and dependence, the recovery journey begins with a short-term stay at a medically monitored detox center, continues on with an extended stay at an inpatient rehab facility and concludes with long-term aftercare. Because heroin addiction is a progressive and life-threatening disease, there is truly no time to wait when it comes to seeking the professional help you both need and undeniably deserve. For more information on how to get started on your own personal journey of heroin addiction recovery, reach out to Immersion Recovery Center today.

According to the National Institute on Drug Abuse, rates of heroin abuse and addiction throughout the United States have been steadily rising since 2007. The National Survey on Drug Use and Health reported that in the year 2016 alone, close to 948,000 American adults had used heroin at least once within the past year. Of these people, 170,000 used heroin for the first time, and rates of heroin use were highest among men and women between the ages of 18 and 25. Since then, heroin abuse rates have continued to increase, and heroin addiction claims thousands of innocent lives on an annual basis.

2018 data collected by NIDA suggests that an average of 128 Americans lose their lives to heroin-related overdose every single day. Heroin abuse has quickly become a major public health crisis, and in response the US Department of Health and Human Services is taking action. The HHS is working to improve access to treatment services while actively promoting the use of Narcan and other overdose-reversing medications. They are also working to promote widespread addiction education and strengthen public understanding of the nationwide opioid epidemic. Still, many fail to realize the severity of current circumstances. If you or someone you love has been suffering from an opioid abuse disorder, however, you know just how devastating heroin addiction can be based on your firsthand experiences. The good news is that resources are readily available – and recovery is possible. For more information reach out to Immersion Recovery Center today.

Our Heroin Treatment Services Include

How hard is it to quit heroin? While quitting heroin cold turkey can be a painful and all-but-impossible process, quitting heroin in a multi-phased program of clinical recovery is generally much, much easier. People who attempt to quit heroin cold turkey experience a range of uncomfortable withdrawal symptoms – including intense psychological drug cravings – that almost always lead to relapse. If you are serious about sticking to your New Year’s resolution to quit heroin, entering into a multi-phased program of clinical care is crucial. Find a medically monitored detox facility in your area, or reach out to Immersion Recovery Center for suggestions – we work closely with many reputable detox facilities, and we will gladly point you in the right direction. Once you have been physically stabilized, the best course of action is transferring directly into a residential treatment program.

Residential treatment, like that provided by Immersion Recovery Center, offers men and women of all ages a long-term program of intensive therapeutic care in a highly structured environment. When it comes to heroin addiction recovery, achieving long-term sobriety takes more than making a personal commitment to quit or penning a resolution. It takes a multi-phased clinical program, ongoing 12-step program involvement and intensive behavioral therapy. It might seem like a lot at first, but do what you can to take things one day at a time, and remember that your worst day in recovery is going to be immensely better than your best day using. 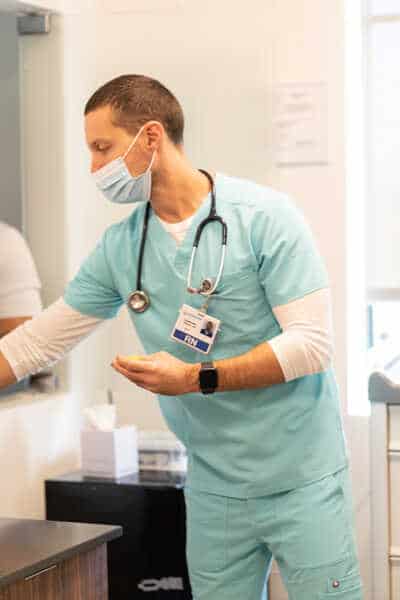 Ready To Begin Your Heroin Treatment?

Once you enter into a program of heroin recovery, the most important piece of the puzzle is staying off heroin long-term. This will involve extensive relapse prevention training, which typically takes place during residential treatment and intensive outpatient or outpatient treatment. You learn how to identify your personal relapse triggers, and work through any uncomfortable emotions that could potentially lead to relapse in a healthy and productive way.

How to not relapse from heroin:

At Immersion Recovery Center we are dedicated to helping you or your loved one overcome heroin addiction long-term and go on to lead a happy, fulfilling and substance-free life. While recovery is possible for everyone, it is important to keep in mind that you will get out of it what you put into it. Staying off of heroin is not necessarily easy. But if you commit to a long-term program of clinical care and you stay open to taking all suggestions, there is a very good chance that you will be able to overcome your substance abuse disorder and make this year your best year to date. For more information on our comprehensive program of addiction recovery or to begin your personal journey of healing contact us today.