According to the National Institute on Drug Abuse, 128 American citizens lose their lives on a daily basis at the hands of a drug-related overdose. These overdose deaths are largely fuelled by the current national opioid epidemic, which has been attributed predominantly to an increase in heroin abuse. In the year 2019 alone, close to 50,000 innocent men and women lost their lives to the opioid-epidemic, and every year the number of fatalities continues to increase. How did the nationwide heroin problem get so out of hand? In the mid-1990s large pharmaceutical companies began manufacturing an excessive amount of opioid painkillers, which they handed off to medical professionals while assuring them that they were non-habit-forming and exceedingly safe to use.

It was soon discovered that this was far from the truth. Not only were medications like oxycodone and hydrocodone causing a range of adverse effects, they were quickly leading to physical and psychological dependence. Regulation was enforced and circulation was reduced, but many men and women had already become dependent on the potent prescription opioids. Rather than seek professional help for their substance abuse disorders, they turned to a cheaper and more readily accessible alternative: heroin. Since then, heroin abuse has taken the nation by storm, ruining and claiming countless lives. Heroin dealers soon began lacing their “product” with fentanyl, a synthetic opioid that is between 50 and 100 times more potent than morphine. Fentanyl-laced heroin is now the number one cause of accidental drug overdose-related death throughout the US.

At Immersion Recovery Center we are dedicated to helping men and women of all ages and walks of life overcome heroin abuse and addiction and go on to lead the healthy and productive lives they deserve. For more information on our comprehensive recovery program contact us today. 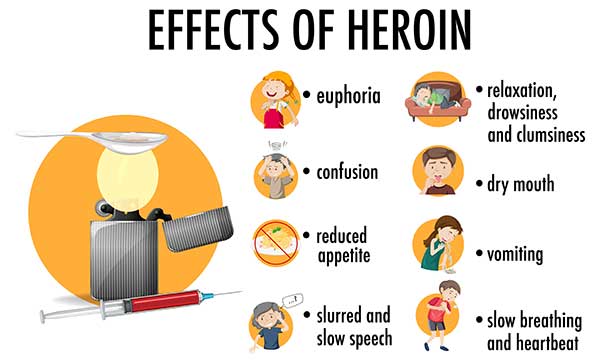 Our Heroin Treatment Services Include

Ready To Begin Your Heroin Treatment?

Get Started With Heroin Addiction Recovery

At Immersion Recovery Center we have extensive experience treating heroin abuse disorders of all severities. Heroin addiction is a time-sensitive matter, and it is crucial that professional help is sought immediately. To learn more about our program of recovery contact us today.