Sobriety for All
Alcohol Treatment for LGBTQ+

The CDC also reports that members of the LGBTQ+ community are more likely to continue drinking heavily later on in life. High rates of substance abuse can be attributed to the following risk factors:

At Immersion Recovery Center we prioritize inclusion. We understand how difficult it can be for members of certain demographics to overcome substance abuse when they are consistently being faced with a unique set of challenges. Our program of addiction recovery caters to people of all sexual orientations and personal backgrounds. To learn more about alcoholism treatment and addiction recovery for members of the LGBTQ+ community, contact us today.

The Influence of Sexual Orientation on Alcoholism

An article published by the U.S. National Library of Medicine and the National Institutes of Health states that there are significantly higher rates of alcohol use and alcohol-related issues among sexual minorities. When analyzing these implications it’s important to consider the difference between sex and gender. Sex refers to the biological characteristics of a person, such as anatomy and physiology. Sex distinguishes the main differences between the male and the female body (i.e. the sex organs). Gender refers to societal roles, behavioral norms, responsibilities and the general demeanor that society attributes to men or women. For example, women are generally characterized as more emotionally driven while men are societally expected to be tough and unemotional.

For an individual who does not naturally fit into his or her assigned gender role, this societal pressure can lead to significant emotional and mental distress, which can easily lead to self-medication. The unique set of challenges that members of the LGBTQ+ face on a daily basis make them more susceptible to drinking heavily at a young age. In addition to discrimination, bullying, social isolation and low self-esteem, many members of this community are more inclined to suffer from depression, suicidal ideation and self-harm as a direct result of their circumstances. At Immersion Recovery Center we take all of these factors into close consideration when developing individualized treatment plans. To learn more about our focused program of recovery, contact us today.

According to the Centers for Disease Control and Prevention, alcoholism is higher among gay and bisexual men than it is among members of the general population. 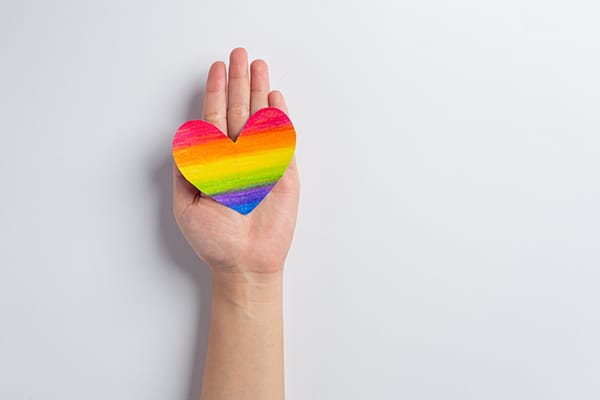 Gay and bisexual men who drink excessively are also at greater risk of contracting blood borne diseases like HIV and AIDS, suffering from depression and attempting suicide. Because men who are part of the LGBTQ+ community face such a diverse set of circumstances, demographic-specific treatment options can be extremely important when it comes to providing focused care.

Because members of the LGBTQ+ community face a unique set of challenges, demographic specific treatment options are an important part of alcohol addiction treatment programs. It is important that clients have the opportunity to explore their personal circumstances in a therapeutic setting. Many of our therapeutic professionals are extensively experienced in working with members of this specific community, and they have a thorough understanding of any additional recovery resources that might be necessary. We encourage our clients to find a recovery sponsor and peers who also have a deep understanding of their personal circumstances as well. When it comes to our LGBTQ+ clients, this typically means seeking out LGBTQ Alcoholics Anonymous or Narcotics Anonymous meetings.

Immersion Recovery Center’s homestyle retreat facility is located in South Florida — one of the most recovery-rich communities in the country. Immersion Recovery utilizes a combination of evidence-based practices and holistic methods to provide an individualized recovery experience that is tailored to each patient’s unique situation. The disease of chemical dependency can strike anyone, regardless of age, gender, education, or socioeconomic status. Immersion Recovery Center is here to help people redirect themselves out of that negative trajectory and successfully enter a new life free from addiction. We place a strong emphasis on the 12-Step method and behavioral therapy because we have seen the program work for most everyone, regardless of their background. We combine the 12-Step approach with evidence-based therapies and holistic treatment methods in order to provide the most integrated and inclusive clinical care possible.

At Immersion Recovery Center we know that addiction can affect anyone, regardless of their personal background or current circumstances. We also know that in order for addiction treatment to be truly effective it must be highly individualized and focused. For this reason we offer demographic-specific treatment plans that hone in on the unique challenges our clients face. To learn more about alcoholism recovery options and resources for LGBTQ+ community members, contact us today.